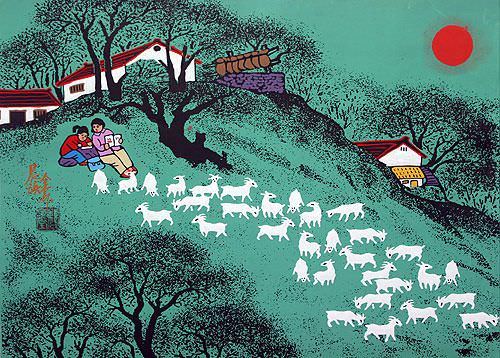 Reading in the Morning

Morning Read is the roughly translated title of this painting. It features two people reading books as they sit on a hillside overlooking many white goats.