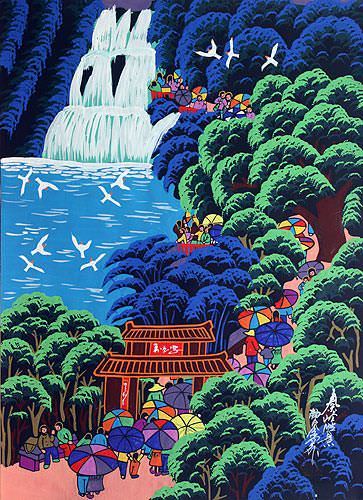 This painting depicts a waterfall and the many visitors that flock to this scenic place in China.