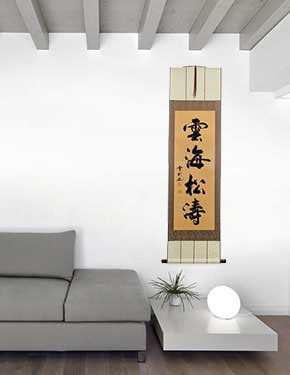 It may look simple, with just four characters, but this is actually a very abstract poem, comparing the wind over pine trees to the waves in the ocean, and the clouds above as a if they are the sea.

This calligraphy was done my Master Calligrapher Cao Bin in Beijing.