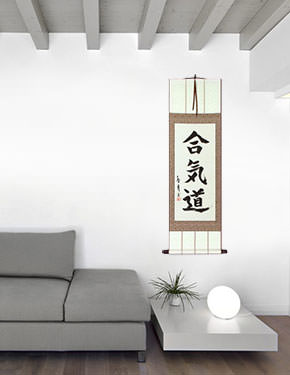 The materials used include special calligraphy paper and ink. The artwork was sent to our workshop in Beijing where we created a hand-built silk brocade wall scroll. By building the wall scroll at our own workshop, we save you a lot of money.

Therefore, this very nice, authentic Japanese calligraphy wall scroll is a true bargain, and allows you to get "Japanese quality" at a very discounted price.