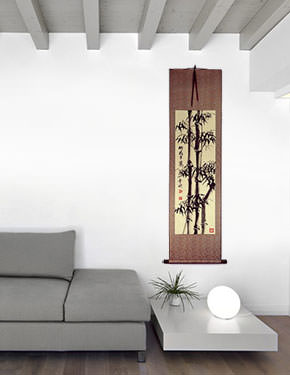 The Chinese title written on this artwork means "Bamboo [the sign of a] Safe and Peaceful [place]". It's better-translated as "Bamboo - Safe and Sound".
Sometimes, the context of this title can mean to send a message home to your loved ones to tell them you are safe in your travels (people used to write such notes on bamboo slips before paper was invented).