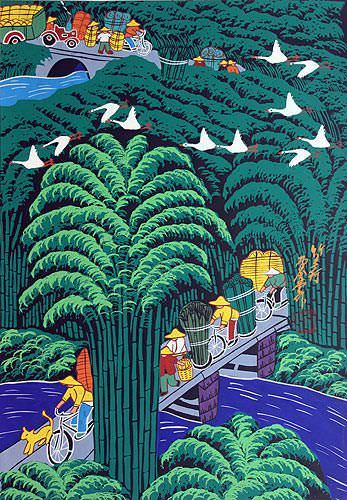 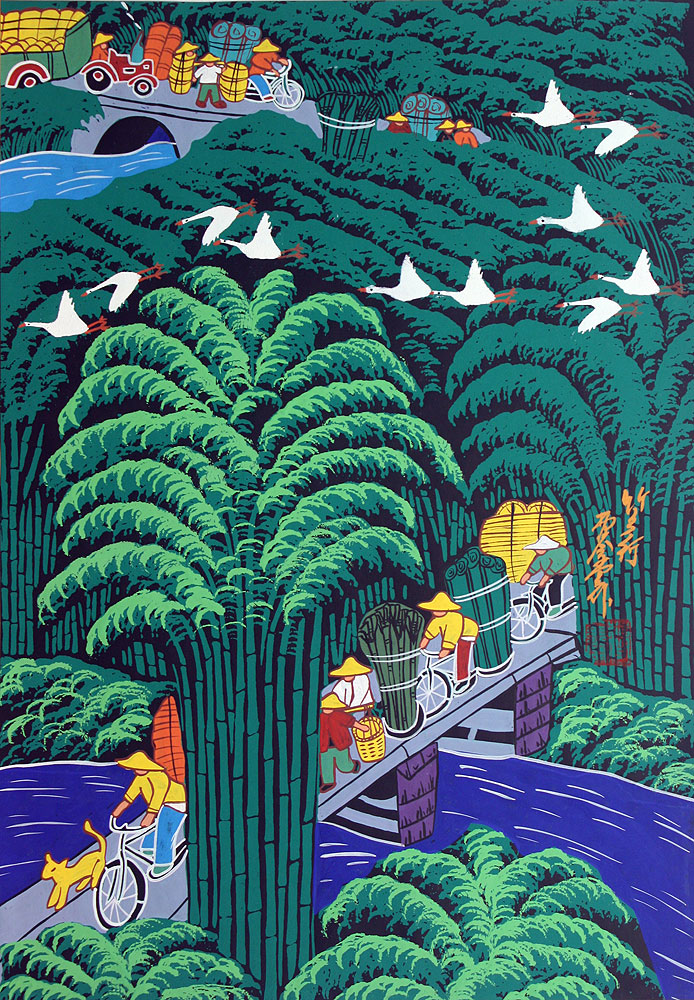 This painting depicts a group of villagers as they leave their bamboo-growing village.

Villages in China often have a certain specialty. In this village, they grow mainly bamboo, and create bamboo products such as chopsticks, broom handles, and building materials for homes or huts.

While this village specializes in bamboo, other villages will specialize in growing vegetables, raising livestock, or perhaps making clothing. These smaller villages are usually within a day's journey to a larger centralized village. The larger village serves as a marketplace where people from the smaller villages come to sell their wares. This usually happens on a 5, 7, or 10-day cycle depending on what the village chieftans have arranged.

Many times, villagers will simply barter with others to get what they need, and a lot of cash also trades hands after a far amount of bargaining.

So now you know the villagers in this painting are on their way to the big market, hoping to sell all the bamboo items they bring, and perhaps go home with a large pig to slaughter for a village-wide feast.