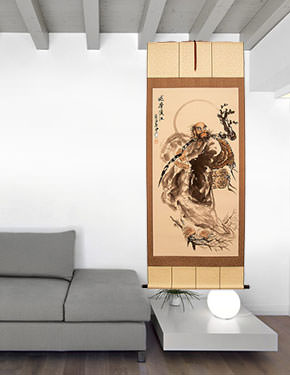 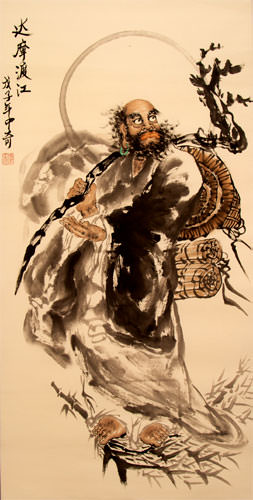 This wall scroll features Da Mo crossing a river (he may floating across the river on a reed - a special power that the legendary Damo possesses.

It's generally believed that Da Mo (or Dharma) directly went on to establish "Chan Buddhism" in China. When this form of Buddhism hit Japan, it became known as Zen Buddhism (Chan is the Chinese pronunciation of the same Kanji character known as Zen in Japan).

The artist's name is 中奇 or Zhong Qi. To the left of the title, the smaller characters read 戊子年 中奇 which indicates this was painted in 2008 by Zhong Qi.