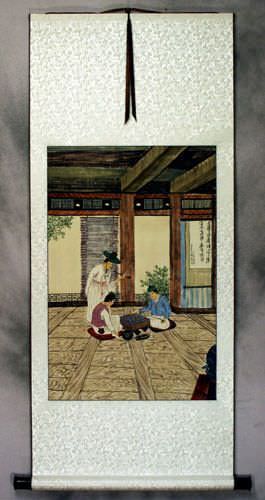 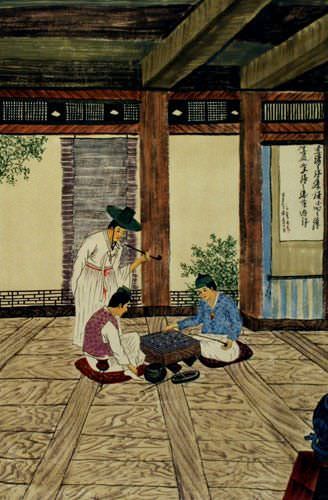 The gentlemen in this painting are wearing very traditional Korean clothing - depicting a time when Korea still had an emperor (and there was no such thing as North Korea or South Korea).

The men are playing an Asian game of strategy. It is a very complex game known as Baduk in Korean and Weiqi in Chinese. Sometimes it's called "Go" in the west, but this is not the simple 5-in-a-row game that most westerners are familier. The stategy in this game can only be compared to Chess, and games can last for hours.