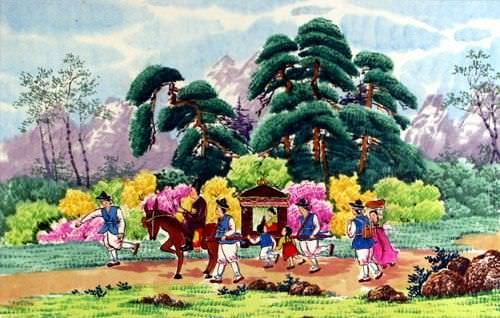 We think this is a traditional wedding scene from North Korea. I asked some of my South Korean friends about this, but they were not sure. Even my ethnic-Korean friends in China could not give an absolute answer.

It is clearly a fancy procession of some kind in this painting that depicts a time so long ago that few people can remember.