The Chinese title is "Fu Gui You Yu" which means "Have Riches and Abundance". 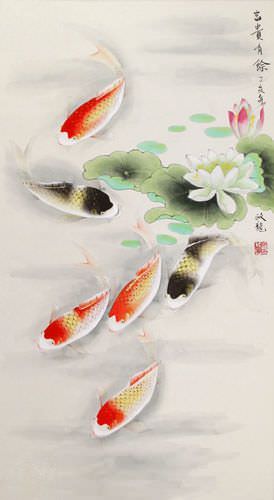 This large koi fish scroll is part of a custom order of koi fish art that I commissioned from a talented artist (more about him below). Every scale of the koi fish has been carefully painted.

NOTE: It's always tough to get a picture that accurately represents the artwork that we sell. This koi fish wall scroll is so much more beautiful than this picture suggests - I guarantee your satisfaction or all of your money back.

Note: The art of breeding "koi fish" actually started in China, and slowly made its way to Japan, also becoming popular there. The breeds of koi fish are identical between the two countries, so it's impossible to determine whether a certain koi fish is Japanese or Chinese. 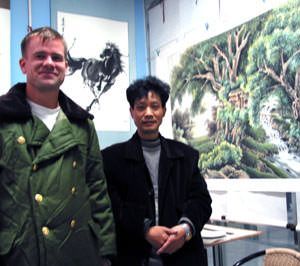 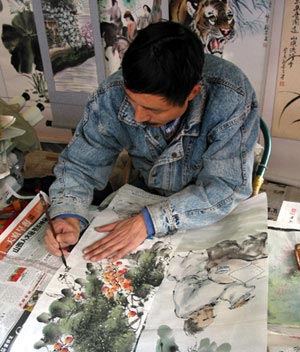